My first real day in Monterey was unbelievably sunny and warm. Apparently, it is not usually this hot (about 30°C) during the Californian winter. It really was a nice contrast from snowy Sweden 🙂
We started off the day by making Belgian waffles using Bisquick mix, typically American as it seemed. I ate mine with the best Canadian maple syrup there is (according to Johan, and I can only agree). It was delicious! Then me and my host Johan went for a walk in the morning to see the neighborhood and eventually found a children’s playground – they certainly don’t have many. Johan explained it was only allowed for the people in the neighborhood to go there, but since he lived there we were safe to play in the playground, which of course we did. 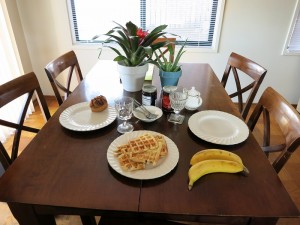 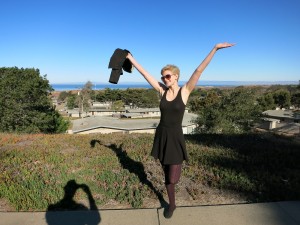 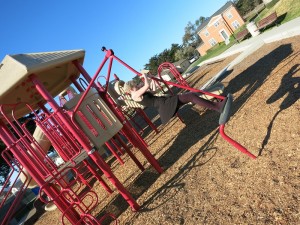 After that me and Johan’s roomie went for a drive along the coast of Monterey, which was beautiful! The scenery was cinematic and the breeze carried a scent of salt to the car. In the evening me and Johan visited a really nice Italian restaurant named Il Vechio (not entirely sure of the spelling) and got to eat freshly made pasta and probably the tastiest dessert I’ve ever had with chocolate and cream. Yum yum yum. After that we sat down in a nearby park by the water and jammed for a while. I kept going on about how amazing it was that we could still be outside without freezing our toes off. I probably still haven’t grasped that I’m here. 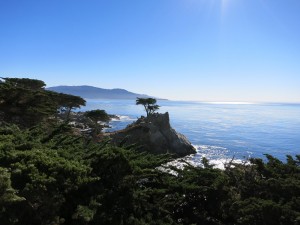 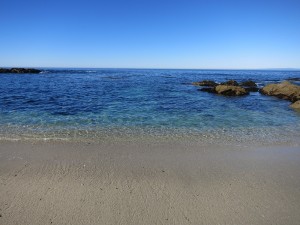 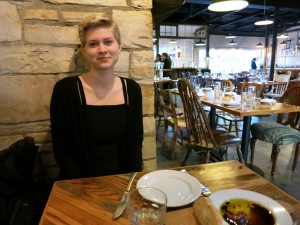 On day 2 we made bacon and scrambled eggs with spinach, bell pepper and mushrooms for breakfast. When we went to Target the day before I also managed to get a hold of the largest jug of ice tea I’ve ever seen, containing the best ice tea I’ve ever had. Perfect combination. I love walking around in American stores, a lot of things have funny names and everything is super sized. 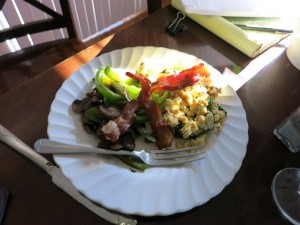 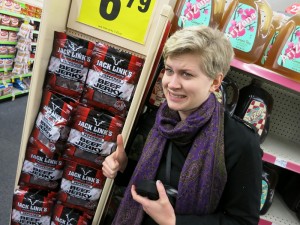 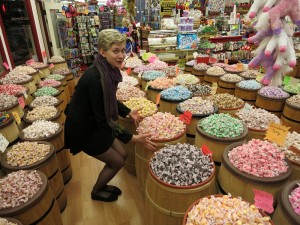 For the day we went to Santa Cruz, not even an hour drive from Monterey. A surfers paradise with a large pier, the boardwalk (a smaller theme park) and an arcade center, all situated at a beautiful beach with the usual light and soft sand. We had picnic, worked on hour tans and jammed for a bit in the sun. Then we headed over to the arcade center and tried out the dancing stage which was a bit irregular, either really easy or really difficult. Johan then aced Pacman and I showed off my shooting skills and won some Festival tickets 🙂 Then I got the converter so I was able to charge my computer, good investment for sure! 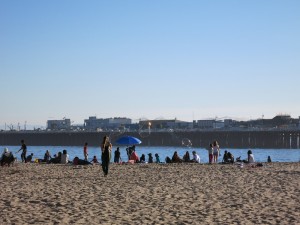 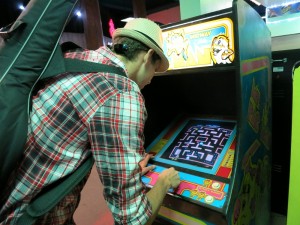 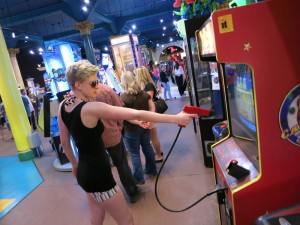 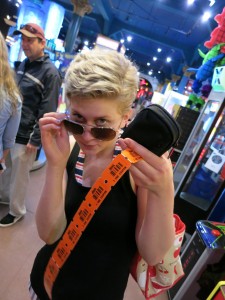 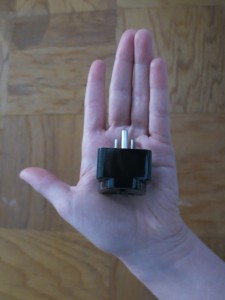 We finished of the day by visiting Carmel, the rich area in Monterey. We went to the beach there and met up with Johan’s friends by a bonfire, this was one of the beaches were bonfires are legal so a number of bonfires lit up the whole beach. We played some guitar, socialized and had a really good time before going back to the house and turning in for the night. 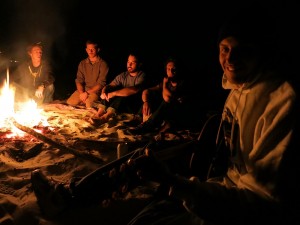 So far so good. I can’t believe I’m in this wonderful place.
« On American Soil » Breakfast at the Beach