Breakfast at the Beach

This morning, we took our breakfast down to the beach. Grapefruits (really cheap at a farmers market), giant muffins (the best!) and some Doritos made up our breakfast. Tasty! The iconic view of the ocean and the sound of the waves crashing was of course accompanied by us jamming. Enjoying the sun, playing music and singing was truly a great way to begin the day! 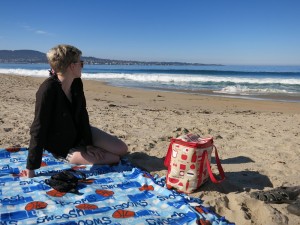 Later we went to the famous aquarium of Monterey, in Pacific Grove. For me though, the walk there offered an unforgettable experience. We walked past one of many beaches, when Johan suddenly asked “Do you see that?”, and pointed towards the beach. It took a while for me to realize that what I thought were big rocks, were in fact seals. The beach was packed with seals! It was a fence separating the road and the beach – probably good since I’d probably would have run down to cuddle with them otherwise – but you could see them clearly enough. One seal was slowly making it’s way up from the water onto the beach by way of jumping with it’s whole body, and it was probably one of the cutest things I’ve ever seen! 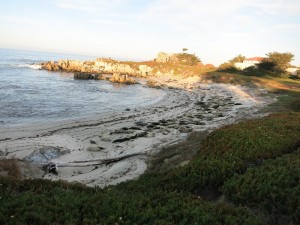 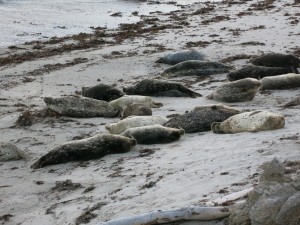 We got to experience another really cool thing at the aquarium. In one of the tanks we saw a large octopus, sleeping and chilling in a corner. After a little while though it stirred and moved across the tank in search for food. That gave me the pic of the day! 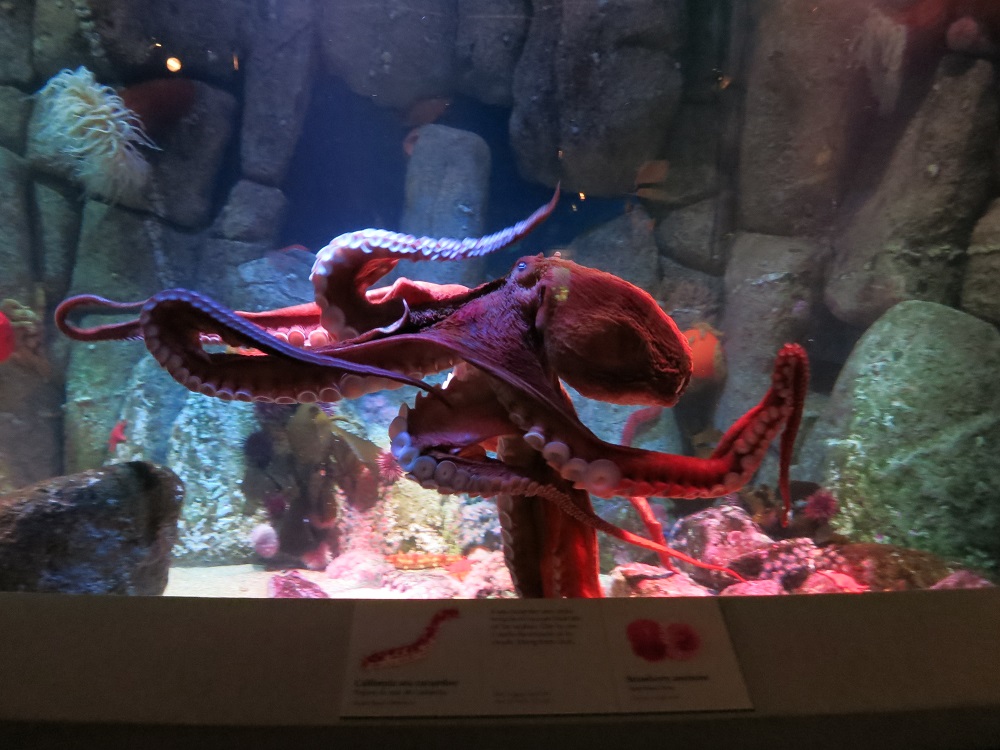 In the evening we went to a really nice restaurant on Canary Road, where we had their famous Clam Chowder and also marinated artichoke. We just eyed the dessert as we were to full to eat another bite. We also passed Bubba Gump, the restaurant named after the famous company in Forrest Gump! 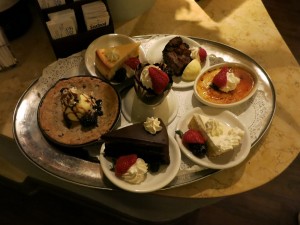 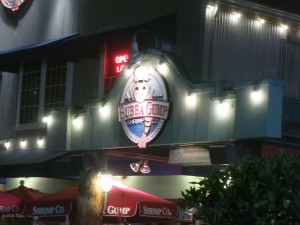 Just now we’ve been jamming and performed a mini-gig for Johan’s roomie. As he recorded some of it I’ll hopefully be able to post some of it. We are forming a great set list and as we’re having great fun making covers, it’s forming into an awesome music project. We even started to think about names for our duet 🙂 More on that later. Such a good day.
Music makes you glow, all worries are forgotten and you are in the creative zone, probably the best feeling in the world.
« Waffles, Santa Cruz and Beach Bonfire » Rock Climbing in Big Sur