Today I had an unreal experience. We went to the Homecoming festival at Michael’s college to  enjoy the festivities and also watch Andy Grammer, the guy behind the song “Keep your head up”. We get there and watch Andy Grammer giving an awesome performance. One of Michael’s friends, have a friend who worked backstage at the festival. He went up and talked to him, then brought me over. His friend had heard my music and asked if I had my guitar with me. I did, and he asked me if I’d be up for performing after Andy. They needed music to cover the gap in schedule. I said: Let’s do it! I got up and played a few original songs and then two covers. One of the songs I played was one of my original Swedish songs “Vaken”, which surprisingly was much appreciated. Apparently they like to hear other languages in the states. There were a lot of people waiting to get photographed together with Andy so there was a crowd listening to me. I got to give out some business cards and felt really happy with my performance. Afterwards I felt drained after all the spontaneous excitement, but wow, it was worth every bit! I can now say that Andy Grammer has opened for me 😀 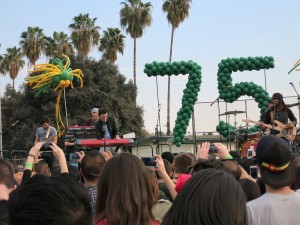 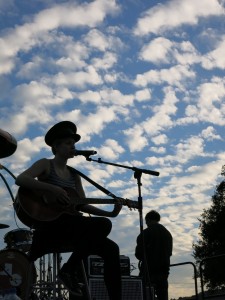 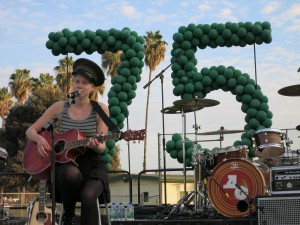 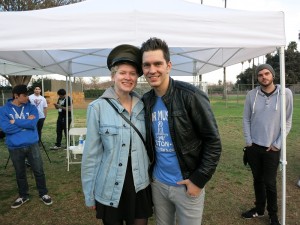 Later that evening, we walked around the Artwalk of Pomona and browsed some cool boutiques and galleries. We also did a bit of street performing. What a day! 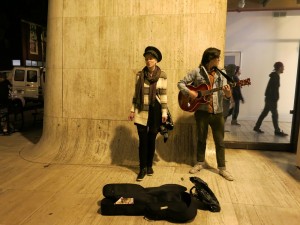 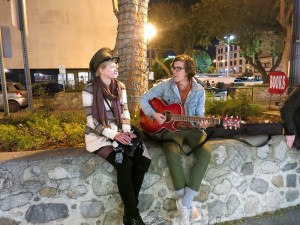 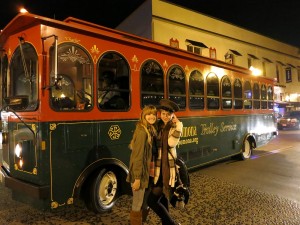