This week I visited my friend’s university, Cal Poly in Pomona, and took in the celebrations they set up for the Chinese New Year. I tried traditional foods, said hello to a dragon and got my face painted. It was really nice. I really liked the red chocolate fondue that was offered in one of the booths. 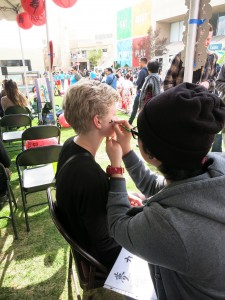 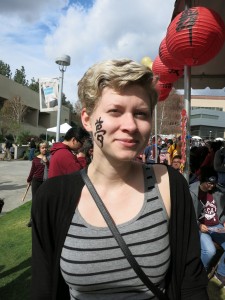 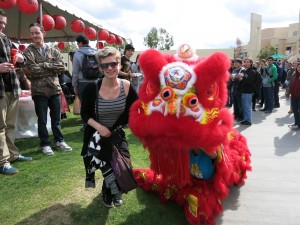 Cal Poly University truly is an Amazing campus, with architecturally interesting buildings and houses made from old stables. Kellogg’s, the owner of the famous cereals, owned a large amount of land where Cal Poly is situated. He donated the land and his much valued horses to the University in agreement that they would take care of his horses. Cal Poly’s mascot is of course a horse, Bronco. 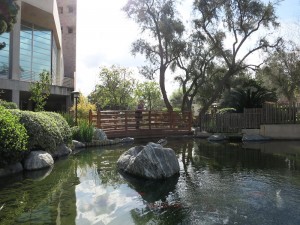 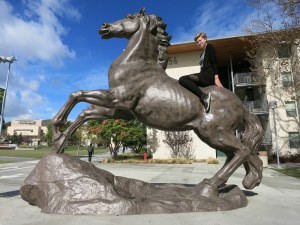 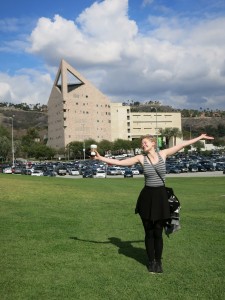 We’ve been jamming a lot the last few days and on Wednesday we went to karaoke at the local bar. I sang Allstar by Smashmouth and my now old favorite Pumped Up Kicks. It was a blast! It seems like they have some Open Micks going on in the area so hopefully I’ll be participating in that soon.
My week has already had an unexpected highlight and I’m now one of the happiest people in the world. Me and my friends went shopping, first at a thrift shop were I found a new pair of aviator sunglasses, such luck! Then we moved on to a military surplus store in the area and there I found what I’ve been looking for forever basically. A hard officer hat without any symbols on it. I’m now the proud owner of an original United States Marine Corps hat. 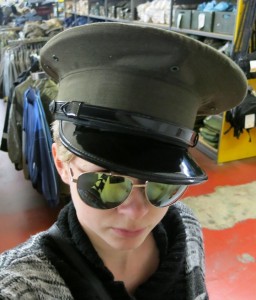