This weekend has been highlighted with green and people in weird hats. On Saturday I went to see the St Patrick’s day parade on Market Street in the middle of San Fran. Joyful and fun. Then I joined three athletic Australians to bike from the Fisherman’s Warf over the Golden Gate Bridge to Saulisitas. That truly was a challenge for someone who’s not very used to biking. It was worth it though. What a feeling to bike over that bridge! The view was exquisite. 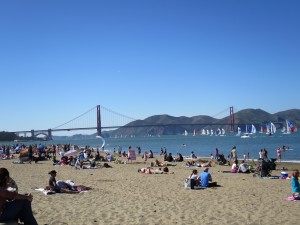 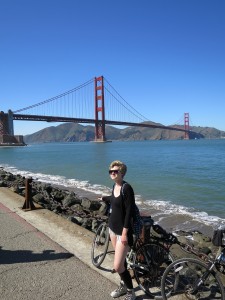 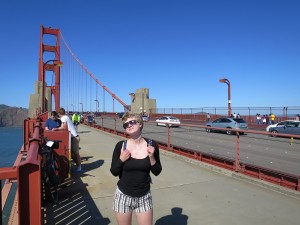 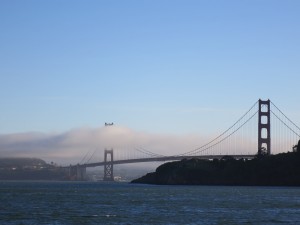 On Sunday I had the privilege to hang out with two awesome Swedish girls and we went to Dolores Park situated in the mission district. The park was so nice. A diverse crowd were spread out on the green grass and we had a really chill time in the sun. Playing guitar, singing and just hanging out. The area surrounding the park was a colorful place, with a lot of cool shops and restaurants. We spent some time walking around and enjoying the scenery and had some tasty lunch. Strawberry and spinach salad, yumyum. This day was the first time I took the “subway” in San Fran, also called the Muni. It was a cute and only had one cart. Me and the girls had fun just saying the name Muni, cause it sounds so cute 🙂 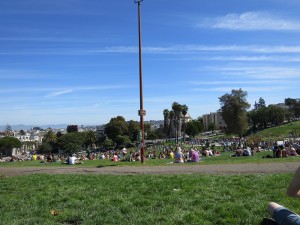 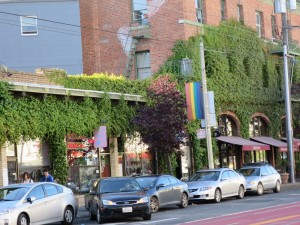 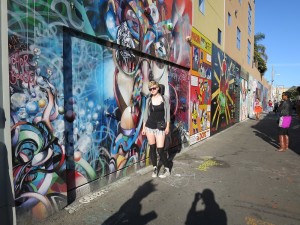 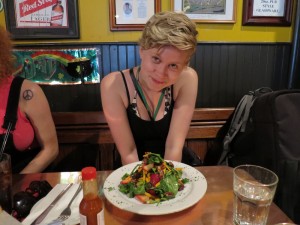 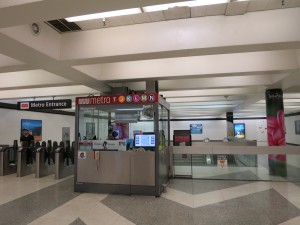