Sunshine and a soft breeze was in the air today. I slept in this morning and joined a few people from the hostel in the afternoon. We went to Ocean Beach and visited a restaurant with the theme of Bali. I had some spring rolls (really tasty) and a Mai Thai, which was the strongest cocktail I’ve ever tried. The drink was disgusting to be honest and I failed to finish it. The Restaurant offered an iconic view of the ocean and the other side of San Diego. We continued to a beer brewery which had a beautiful garden and heaters so it was very comfy to sit outside. 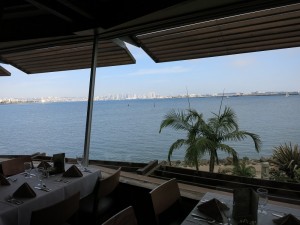 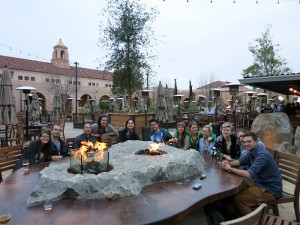 Moving on we went to a Farmer’s market nearby and enjoyed looking at random trinkets and listening to great street performances. A Starbucks White Chocolate Mocha later we continued back to the hostel to get ready for the weekly Pub Crawl. 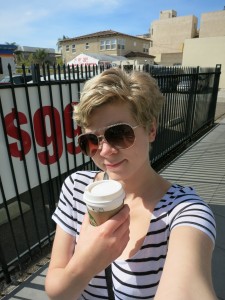 Some of the hostel friends and I went for sushi at a place called Bang Bang, which had a lot of interesting Japanese styled things to offer. For example, a bathroom completely wallpapered with Ryan Gosling. A tiny bit creepy. I taught my friends how to take Sake Bombs, like my friends taught me in Pomona, and we had some really tasty sushi and miso soup. I chose the salmon skin rolls, crispy and so delicious! 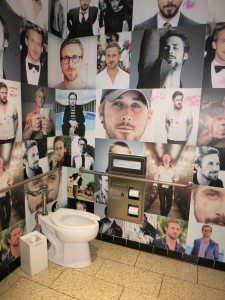 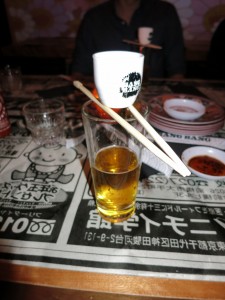 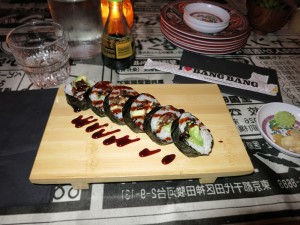 Afterwards, we joined the others for the pub crawl and went to an amazing place called the Shouthouse. The special thing about the Shouthouse was that the entertainment consisted of two guys dueling each other on pianos. Two pianos were put together center stage and the guys took turns playing songs and occasionally singing together. My friends told me I should sing with them and I asked if it was okay, but open mick with them cost 20 bucks, which I thought was a bit too much. Of course they have to make money somehow. The most beautiful thing happened then. All the wonderful people I met at the hostel chipped in and collected 20 dollars for me to be able to sing. My heart was filled to the tip with joy and love at this gesture. I went up and sang Nothing Compares by Sinead O’Connor and had a good amount of people cheering for me. A few even came up to me afterwards to compliment me. Wow. My head was in the clouds for the rest of the night. 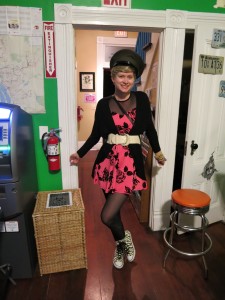 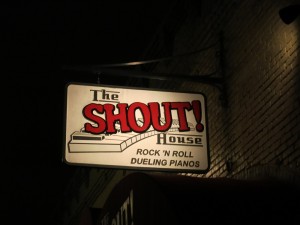 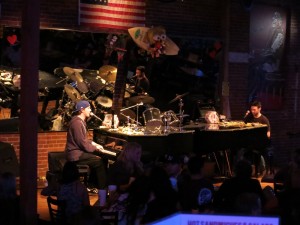