From Monterey to SLO

We started off our trip by grabbing some delicious Chinese food and loading the car with Milk Duds, Doritos and water. The we drove south along the coast of California, just as I’ve seen in so many movies before. There are no words to describe how utterly awesome it was. The drive from Monterey to SLO offered some breathtaking scenery. As it got dark a little while after we left, we stopped to gaze at the stars lighting up the night sky. We could even make out the milky way, stretching across the sky like a belt made of fog. 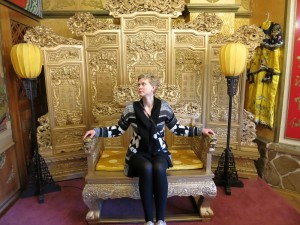 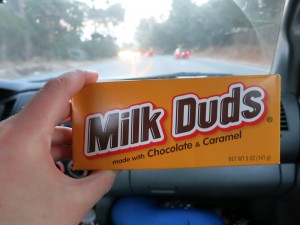 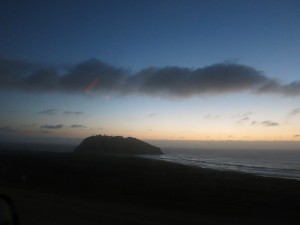 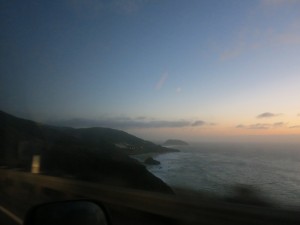 About 40 miles outside of San Luis Obispo we encountered a man with a bike standing on the side of the road. Johan stopped the car and we asked if the man needed any help. He said he thought he had it under control. When we asked if he wanted a ride he could not accept our offer since it would count as cheating. It turned out he had been biking from Seattle and was going all the way to Argentina, exclusively riding his bike. That was not even the coolest part. His bike was not a regular one. It was a unicycle – or half an invisible bicycle, as Johan would put it.
« Lights On the Wall » 171 miles South