At the bottom of the ocean 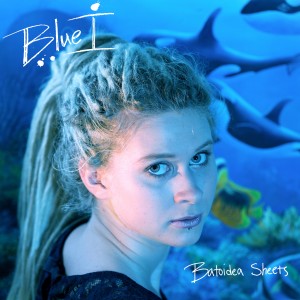 To find myself on Spotify… That’s quite the feeling, to be honest. My music is starting to spread and it feels amazing! First out on Spotify was Batoidea Sheets, released last Thursday, and the other songs will be released with a two week interval. By December 19, all five songs from my first EP will be out in all major online stores!

During the last couple of weeks I’ve been writing some new tunes, among them “Garden of Unicorns” and self-titled song “Blue I”. I hope to be able to share them with you soon!

You may ask: What type of songs are they? When people ask me what genre of music I write it has been very hard to answer, since they don’t really fit with any existing genre. It’s some kind of pop, with influences of folk, and lyrics that are storytelling. So when the producer I’ve been working on the EP with, Andreas Rydman, suggested it sounded like “Drömsk Pop” in Swedish, it felt just right. The genre of Dreamy Pop was born. “Dreamy Pop”, I can now answer. I write Dreamy Pop.

This has been a happy day! “Untouchable” from the new EP has been released on iTunes, the first of five songs that will be released over the next couple of weeks! This is so exciting! Click the title to be transferred to iTunes store.

On Thursday October 24, 2013, I will sing a well known tune at Södermalmstorg at the manifestation concerning better salaries for Swedish nurses. Since I have studied nursing for two years, I have seen how nurses struggle to offer good care as their field of responsibilities expand while the salary stays the same. I believe their struggle for better premises is of the utmost importance not only to all working nurses, but also to the whole society. Hence, I wholeheartedly support the cause. So swing by Slussen around 5 pm on Thursday to listen in on the manifestation and see my performance! Click the title to see the Facebook event.