Yesterday, I tried Frozen Yoghurt for the first time in the US. It is really popular and was surely worth a try. You could choose as many flavors as you wanted, for example New York cheesecake and Chocolate Twilight. Then you chose some toppings, like fresh fruit, cookie dough and pieces of walnuts. Finally you added some kind of sauce, in my case it was chocolate sauce, of course. It was delicious! I really loved that it was self-served, so you were totally in control of the amounts of everything 🙂 Awesome! 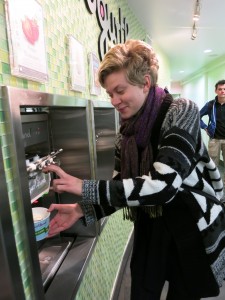 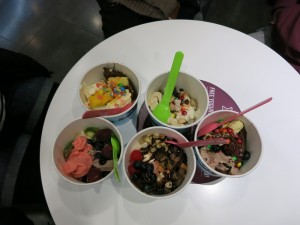 Today we went exploring Ocean Beach by spending some time there meditating and throwing Frisbee. We continued on to Sunset Cliffs where we sat and watched the crashing waves. We were even sprayed by the ocean water once. My dress was soaking wet, but I still had a smile on my face. 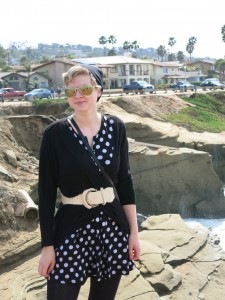 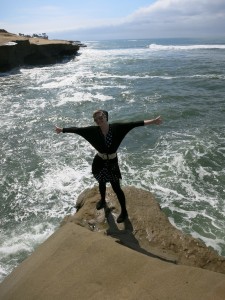 A had some lunch the Italian cafe near the hostel and got the waiting number one. Oh yeah. I ordered a delicious scrambled eggs, salmon and mozzarella plate. Good food – happy soul. 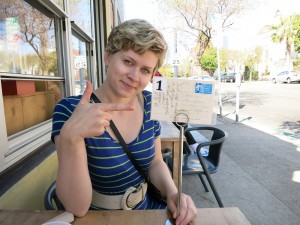 This Tuesday was Mardi Gras, or Fat Tuesday. It was celebrated in the streets of San Diego with parades and performances. Unfortunately it cost 30 dollars to see the festivities so me and some people from the hostel chose to celebrate in a different way. Tuesday is also Taco Tuesday so we wandered down the streets of Little Italy and found a Mexican restaurant called Hola. I had the smallest taco ever. We had plenty of nachos with dip too so I did not leave hungry. Margaritas was a given on the menu during happy hour so of course we all had some. Then it was time for karaoke. I decided to attempt to honor Queen and sang Somebody to Love. I acquired some beads for the performance, so when we later moved on to a club downtown, I fit right in with the crowd wearing bead covered necklaces. It was a perfect Mardi Gras! 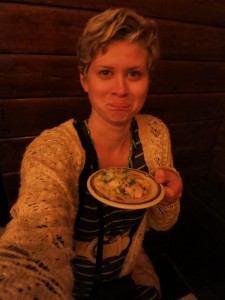 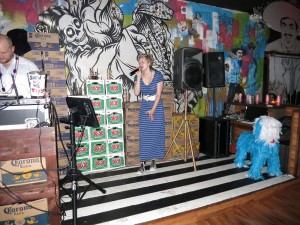 This past two days have been kind of lazy. Thankfully I have a nice room to chill out in. Here are pics from above my bed and the adjacent Wall of Fame 🙂 Can you find me? 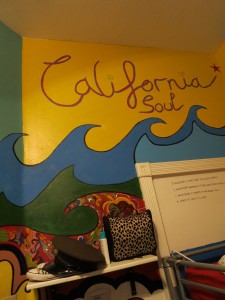 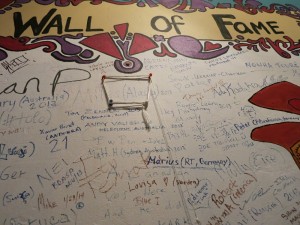 It stopped raining last night and we had a lovely jam session in the front garden. Passing around the guitar and singing covers. I also played a few original songs. 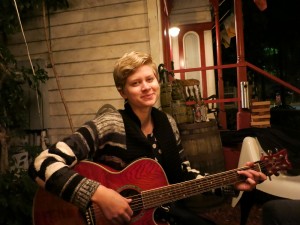 I had another jam session today when we visited La Jolla shore here in San Diego. Even though it had stopped raining it wasn’t very warm, but cozy enough with a few layers on. The view was stunning and a few seagulls kept me company as my friends went surfing. I wrote a new song where I sat in the soft sand. “May be stuck at the bottom, but there’s only one way up” 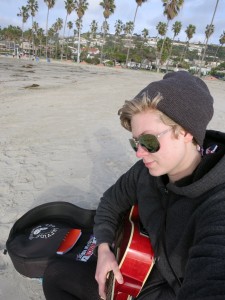 Yesterday, I arrived in San Diego. I’ve heard so many good things about it, so I am truly excited to be here. So far I haven’t seen much of the place. This would be because a rainstorm started on Friday, all over the South of California. This is the first time I experienced rain in Cali, and it won’t soon be forgotten. On Friday I went to Apple Valley to watch my friend’s live gig, it was great fun! I then travelled back to Pomona on Saturday and during both car journeys the weather was pretty okay. However, the case was not the same when I carpooled with a friend to San Diego on Saturday. The rain was relentless. Pouring down on the freeway, making it hard to see. It was splattering the windshield with heavy droplets. Large puddles had formed along the way, and or aquaplaning was recurrent. My carpooling driver and I were pretty scared. When we arrived to San Diego safe and sound we thanked our lucky stars. 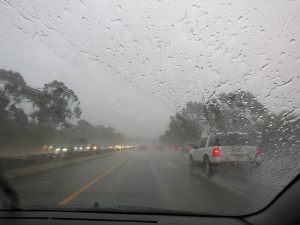 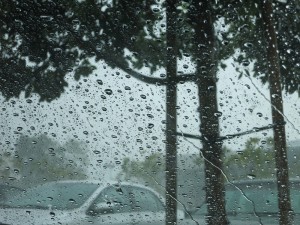 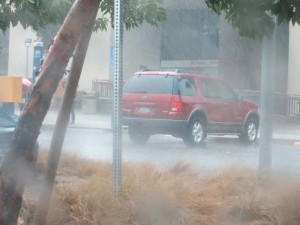 For the first time this trip, I am staying at a hostel. I imagine it can only be a great experience. The International Travelers House Adventure Hostel is a small and intimate refuge for international travelers from all over the world. It features wonderful pieces of art on the walls of every room. The first impression I got can be narrowed down into one word: Welcoming. Just in one day I have met a lot of cool people. I went out to a cafe nearby today and got some scrambled eggs and gelato. First meal out in San Diego was a great success! 🙂 Strangely enough they did serve orange juice, which regardless of the sign was not hot, thankfully. 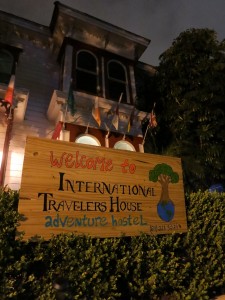 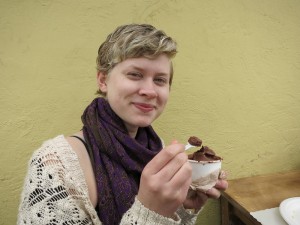 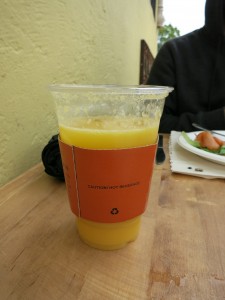 Last night, I performed I private live acoustic gig for all the other guests at the hostel. It seemed much appreciated and it may well become a tradition during my stay here. 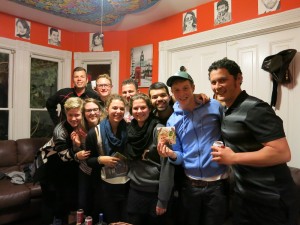 I feel so lucky for having music in my life. It is such a profound source of happiness.
1 2